Saint Dominic: Icon of Truth and the Rosary 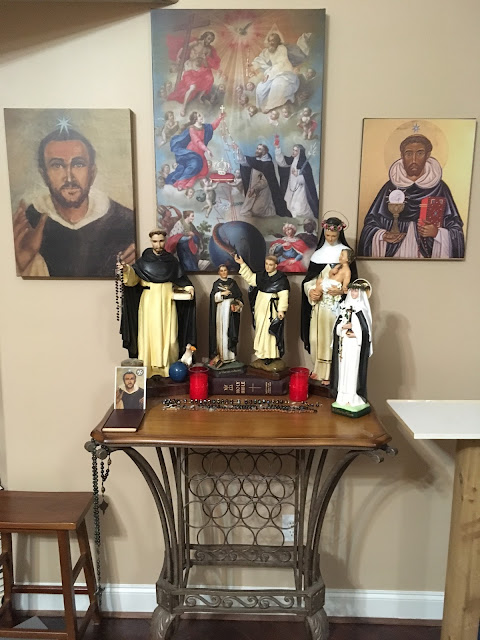 Saint Dominic has done great things for me! He has found me two jobs and given me numerous opportunities for spiritual growth. I am also in the Dominican third order as a result of him, which is also very spiritually rewarding. The Dominicans have traditionally been known as defenders of truth. Starting with its founder, Saint Dominic Guzman, truth and the conversion of sinners has been the focus of the order. Dominic is known for his famous encounters with the Albigensians who were spreading heresy throughout France. He could not stand by silently while people were being led away from the Catholic faith, so he started to travel on foot to refute the heresy and bring people back into the Church. He would spend hours using his wisdom talking with the Albigensians, resulting in converting many back to the faith. His boldness to speak the truth should inspire us.

We also have the Most Holy Rosary as a result of St. Dominic. It was the Blessed Mother herself who gave us the Rosary through him. Sr. Lucia once said "My impression is that the Rosary is of greatest value not only according to the words of Our Lady at Fatima, but according to the effects of the Rosary one sees throughout history. My impression is that Our Lady wanted to give ordinary people, who might not know how to pray, this simple method of getting closer to God.". Saint Dominic is an icon of truth and the instrument of the Most Holy Rosary. We should model St. Dominic by praying the Rosary daily and by preaching the truth when we are given the opportunity. Happy feast day of St. Dominic! 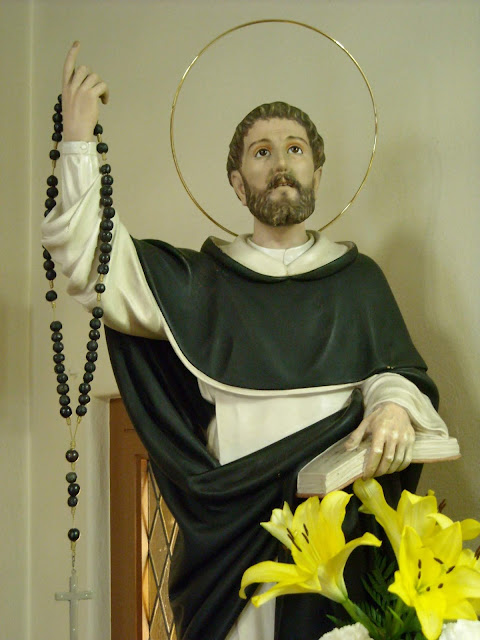 Posted by James Bellisario at 1:41 PM