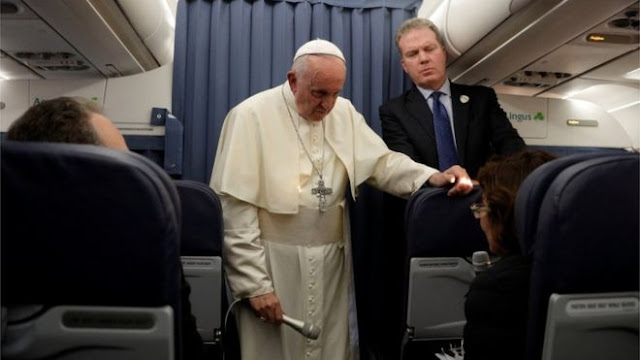 As the entire Catholic world is now aware, Pope Francis himself has now been named as an accomplice in the sex scandals of the Church. As soon as the 11 page letter of Vigano came out I read through it a total of three times. Most of the names mentioned should come as no surprise to those of us who have been following church news for the past decade. The same old charlatans who have committed the same heretical shenanigans over the years are all named in Archbishop Vigano's 11 page letter. The first thing I did was call a good friend of mine who was in the Vatican for many years. I asked him if this Vigano was a credible man. He answered unhesitatingly "yes." He also told me that this could be a huge grace providing the good Cardinals grow a backbone and speak out.

Despite now several people claiming that Vigano was an honorable man, the same liberal "Catholics" are circling their wagons to defend Francis and those surrounding him. For example, I found John Allen Jr's statement today to be nothing less than buffoonery. He wrote, "The letter contains charges of some form of wrongdoing or questionable behavior against no fewer than 32 senior churchmen, and in most cases Viagnò himself acknowledges that his comments are based on no more than supposition and/or connecting the dots. When anyone hurls around accusations quite so lightly, it’s difficult to know how seriously any one ought to be taken." In reading the letter, if Allen was reading the same one that I read, one could hardly say that these accusations were "hurled" lightly. We all know that this same ring of bishops have been a problem for decades. We also know that Vigano took this letter very seriously based on his introduction. Also, is Allen not smart enough to realize that the nuncio dealt with all of these men for many years? Allen also goes right after the man's character rather than dealing with what he said. This is typical of the left as they never, ever address the argument, they attack the man. I think we need real men with brains and honor in journalism, not hacks like Allen who put their agenda above truth. You will see more liberals circling their wagons as the week presses on.

Going back to the letter. That these bishops were named was not in my eyes so surprising. What was surprising was the boldness of Vignano to actually implicate Francis directly in the scandal of Cardinal McCarrick. It is no secret that Francis dislikes the more conservative bishops such as Archbishop Chaput. It is also very clear who Francis loves to surround himself with, such as the heretic Cardinal Kasper, the rebel Cardinal Marx, and the scandal ridden Cardinal Maradiaga to name a few. It is sadly no exaggeration to call Francis and his trusted circle which includes the likes of Forte, Baldisseri, Maradiaga, McCarrick the Legion of Doom. At the very least these men have caused massive confusion on Church teaching concerning grave moral acts such as Communion for the divorced and remarried, the death penalty and homosexuality to name a few. At its worst we have heresy. His bishop appointments have been horrific with with the likes of Bishop Cupich, who absolutely loathes anything that presents itself as being anything akin to Catholic tradition. Looking closely at who Francis surrounds himself with as his closest, most trusted men has always been a huge concern for me. I have written about several times before. To be clear, I am not judging Francis' motives here, but judging his actions objectively. His past actions clearly fit into the narrative that Vigano paints in his letter.

What I also did not know was that Pope Benedict XVI sanctioned Cardinal McCarrick, and that Francis seems to have abrogated this sanction allowing McCarrick to roam free. This was news to me and to everyone I spoke to about it. This entire circle of corruption demands more answers. If indeed Pope Benedict XVI was trying to root out the homosexual predators, which it seems he was to some extent, this makes his resignation once again come into question. We also should remember the 300 page document that he had put together before he resigned which supposedly pointed out a huge homosexual problem in the Church. What happened to it? Why was nothing mentioned of it once Francis took office? Also, if Benedict was working to try and reign in this horrific problem, why did he resign? Did he really resign out of his own freewill? Perhaps, but let us consider this resignation further.

I will use an example to make my point. If I am working at a company and my boss makes my life so miserable that I cannot stand to work there anymore because the abuse is so bad, and I leave for another job, not because I did not like my job, but because of the abuse, is my choice to leave fully free of coercion? In other words, someone can ask me, "did you leave your job freely or did they blackmail you?" I would respond that they I was not blackmailed and left on my own accord. They may even ask me if I was "forced" to leave. I would probably answer, "no." Upon closer inspection however if I were pressed, I would have to admit that I left not because of the job, but because of the abuse of my boss. If it wasn't for this abuse I would not have left. So, I am simply asking the same question about Pope Benedict's resignation. Was there any significant coercion at all by those surrounding him in the Vatican that was the main reason he resigned? Would this coercion constitute an illicit resignation? I don't have the answer, but I would like to know more.

Moving on, we are hearing again about possible collusion in the election of Francis. I am no canon law expert so I will not elaborate much here. However, using the guidelines set by Pope John Paul II, did the collaboration of these Cardinals before the election, which seems to have happened to at least some extent, make Francis' election invalid? Would this along with a coerced resignation by Pope Benedict XVI make Francis an anti-pope and Benedict still holding the true office? I am clearly in no position to make such judgments, but all of these events together have created a very unique time in the history of the Church. Stranger things have happened in the Church regarding the papacy.

Cdls Danneels & Ex-Cdl McCarrick campaigned for Bergoglio to be Pope, as did ++Maradiaga on eve of Conclave, phoning up various cardinals from the Honduran embassy in Rome. Despite their pasts, all 3 prelates have since been special advisors of Francis or rehabilitated by him


Finally, what are we to make of the Francis' refusal to answer a simple question on the airplane ride back from Ireland regarding the accusation of Vigano? If it were me and someone made a false accusation of this gravity I surely would not have answered like he did. Does this make anyone else scratch their heads?

What do I hope to see in the coming days?

I pray that we will see Cardinals coming forward on this scandal. We have already seen Cardinal Burke support Vigano, as well as Bishop Joseph Strickland, Bishop Athanasius Schneider and to some extent, Bishop Thomas Olmstead. This is a good start, but what we need are more Cardinals with a backbone to make public statements and start investigations on Francis and the sex scandals, the resignation of Pope Benedict XVI and the election of Francis. Without the Cardinals this dies out and goes nowhere fast! Pray that by the end of this week we see movement from the Cardinals. 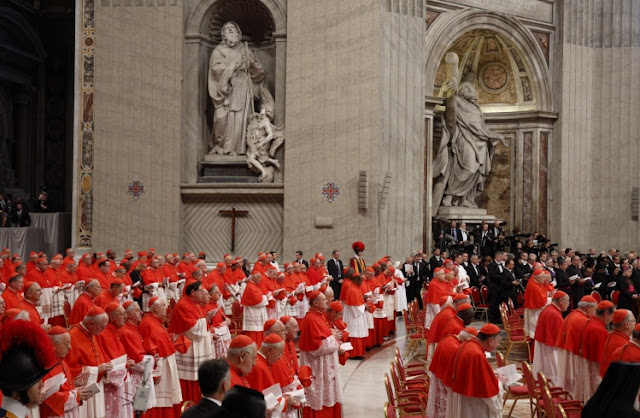