Does Christ Command the Impossible? 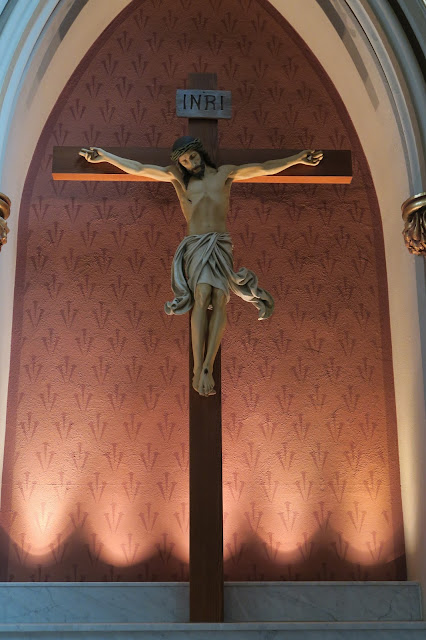 With all of the buzz going about concerning marriage, divorce and the Pope's document 'Amoris Latetia' I thought it would be good to examine some of the demands of Christ. Demands you ask? Why yes, demands. Throughout the Gospels, many times Christ gives his followers demands, or rules to live by. They are not suggestions, but objective rules that must be followed in order to obtain the kingdom of God. In other words, these demands proved or disproved one's love for God. This happens many times, for example, in John Chapter 6 Jesus speaks of His Body and Blood being given to be eaten. He goes so far as to let everyone walk away from Him without hesitation who reject His teaching. Why do we believe that Jesus Christ is present in His entire Body, Blood, Soul and Divinity in the Eucharist? Because He said so. He demanded that we believe it to be so. Is this an absolute teaching that we must believe in order to please God? Yes it is, and it is a bar that must be met with faith, it is not optional.  Thus our Lord spoke, "Amen, amen I say unto you: Except you eat the flesh of the Son of man, and drink his blood, you shall not have life in you.... For my flesh is meat indeed: and my blood is drink indeed..These things he said, teaching in the synagogue, in Capharnaum. Many therefore of his disciples, hearing it, said: This saying is hard, and who can hear it? But Jesus, knowing in himself, that his disciples murmured at this, said to them: Doth this scandalize you? If then you shall see the Son of man ascend up where he was before? It is the spirit that quickeneth: the flesh profiteth nothing. The words that I have spoken to you, are spirit and life. But there are some of you that believe not....After this many of his disciples went back; and walked no more with him. Then Jesus said to the twelve: Will you also go away? And Simon Peter answered him: Lord, to whom shall we go? thou hast the words of eternal life." (John 6:54-69)

Does Our Lord give us any secondary options to those who would deny His command? It seems He does not. Those who got up and left Him denying His teaching were obviously not pleasing to Him. Saint Peter gives the only possible pleasing answer to this hard teaching, "Lord, to whom shall we go? thou hast the words of eternal life." Any other answer to the question is wrought with sin; a denial to believe what Christ was teaching. The alternative behavior to Saint Peter's demonstrates a lack of faith. Can we compare this to Christ's words on marriage? I believe this to be the case. We as Catholics believe Christ's teaching on marriage and divorce because He commands it. One cannot be pleasing to God who commits adultery. Christ once again speaks clearly and without hesitation to the apostles who once again view it as a hard teaching given their response that it may be better not to even marry, "And there came to him the Pharisees tempting him, and saying: Is it lawful for a man to put away his wife for every cause? Who answering, said to them: Have ye not read, that he who made man from the beginning, Made them male and female? And he said: For this cause shall a man leave father and mother, and shall cleave to his wife, and they two shall be in one flesh. Therefore now they are not two, but one flesh. What therefore God hath joined together, let no man put asunder. They say to him: Why then did Moses command to give a bill of divorce, and to put away? He saith to them: Because Moses by reason of the hardness of your heart permitted you to put away your wives: but from the beginning it was not so. And I say to you, that whosoever shall put away his wife, except it be for fornication, and shall marry another, committeth adultery: and he that shall marry her that is put away, committeth adultery. His disciples say unto him: If the case of a man with his wife be so, it is not expedient to marry. Who said to them: All men take not this word, but they to whom it is given. For there are eunuchs, who were born so from their mother' s womb: and there are eunuchs, who were made so by men: and there are eunuchs, who have made themselves eunuchs for the kingdom of heaven. He that can take, let him take it." (Matthew 19:1-12) 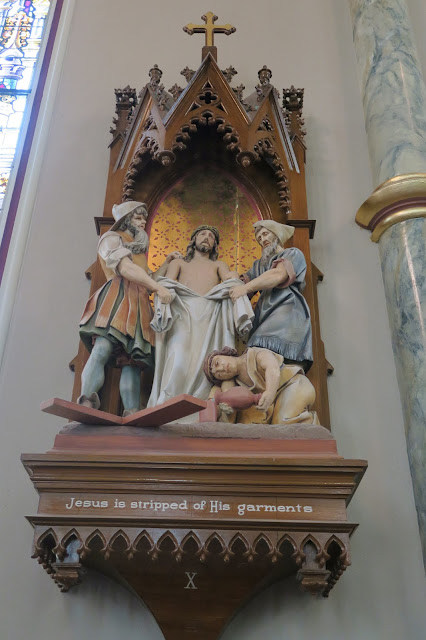 We are hearing many voices today who are saying that although Christ is teaching an ideal, not all today can meet that ideal. This is a fantastical error in judgement by those who espouse such. Does Christ command the impossible? Were the ten commandments mere suggestions? Did Christ abolish the ten commandments? Of course we answer all in the negative. Christ commands only what He gives grace to meet His commands. Yes we could say that His commandment on divorce may be humanly impossible for some on a natural level. We however were not created for the natural, but the supernatural. Thus we must have supernatural grace in order to meet Christ's commands, and if we have not that grace, they become impossible! Those who are telling us that adulterers are now permitted to receive communion are openly rejecting Christ's teaching and are putting such souls in further jeopardy by encouraging them to continue living in such a sinful state. Thus we see at least three Sacraments being effected by this heresy. Marriage, the Eucharist, and Confession.

The Sacrament of marriage is being destroyed by adultery, the Eucharist is being profaned by those who take of it unworthily, and those going to confession without a firm purpose of amendment profane that sacrament. We must now more than ever cling to the words and teaching of Christ. They are not mere words and teachings of men, but of God. Those who seek to undermine His teaching anathemetize themselves from the Body of Christ. They are murderers of the gospel, and murderers of souls. I could go on with more of Christ's hard commands that we must accept and live by. There are many more examples. I can sum it up; being a faithful follower of Christ isn't always easy. Is it hard to live the gospel? Yes, and no. On a mere natural level it is impossible. With God's grace it is hard, especially for those who have lived without grace for many years. However, Christ gives us the grace to follow Him faithfully, and He makes it easier the more closer we grow in His love. Christ does not command the impossible, and there are no secondary options for His commands. There is no acceptable lower bar for which the Eucharist can be understood, and there is no acceptable lower bar for which one can remain faithful to their marriage vows.

Finally, if one were to accept these crazy proposals on how some cannot meet the "ideal" on marriage, where does this rationality stop? Is there now a lower bar for chastity? Is a frustrated single person who feels they cannot meet the high bar of chastity now permitted to frequent a brothel while looking for a spouse? How about the corporation who cannot meet the high ideal of paying the agreed upon wage of their workers? Should they defraud their workers of their agreed wages until their stocks come back into the stockholders ideal price? Only a fool would think to propose a sliding scale of morality. The only result is a slippery slope which all who tread upon will wind up sliding into the abyss of hell. We can ask ourselves, did Christ almost give His life on the cross? Did He almost suffer for our sins? Did He give a sliding scale to us when He commanded us not to sin? Bottom line for Catholics, you either resolve to live the hard teachings with God's grace, or you don't. 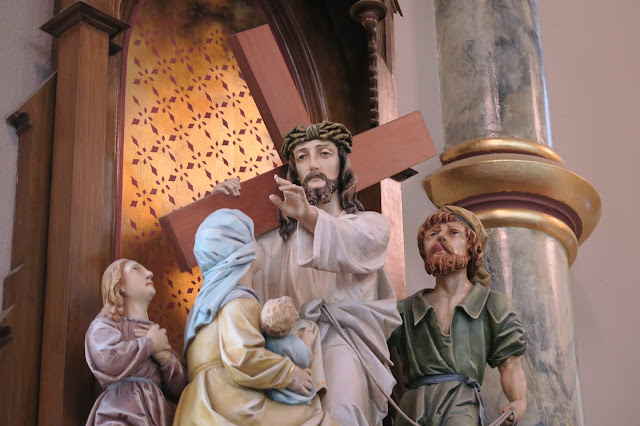 Posted by James Bellisario at 9:30 PM