Invasion of the Soul Snatchers! 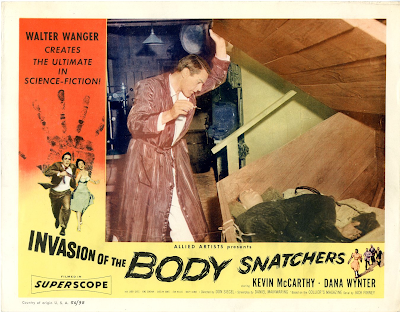 Do any of you remember the old Hollywood flicks like, 'Invasion of the Body Snatchers?' People would go to sleep and then wake up taken over by an alien life form that looked and acted like them, but were not really human? When I occasionally read through the news, or have any kind of substantive conversations with non-religious, or atheists, it almost seems like many of these people are almost void of human souls. Read the latest news headlines and the great atrocities heralded as being "good." Abortion, euthanasia, contraception, sodomy, murder, etc, all being promoted by the media and the government as "good."

Isn't is hard to believe that a large part of our culture champion the act of abortion? Abortion is truly a religion to many people. How can the killing of innocent human life be heralded as a "good?" How does a rational man come to this conclusion? Rather than having some alien life form snatching bodies when we go to sleep, we see souls being snatched before our very eyes while they are awake! So many people cannot see truths that should be apparent to any human mind! Souls have been lulled to sleep, and the vast majority of people walk through each day like zombies, reading CNN, watching MSNBC, working on their computers, zoning out on their tablets and iPads, texting on their smartphones, while never giving one single thought to questions of any substance. You know, questions on why we exist, and what are the best ways to live lives of virtue, and avoid evil. To the average zombie today, there is no good or evil, their consciences are dead.

The main ideologies being pushed today promote the very worst acts against humanity, and humanity itself is its own worst enemy because it denies its own origin. Many people today have grown cold to the act of murder, and even more have grown cold to living a lifestyle that is open to life. Life to most people is having to work a 40 hour a week job so they can have few beers, watch a ballgame on the weekend and have sex as often and with as many people as they can, without the natural consequences that follow. Thats "life" for them. Why has contraception and sodomy become so widespread among the living dead? Their hearts have grown cold to what life really is in its essence, which comes from the One true God above. Most fail to see themselves as created in the image and likeness of God. Hence, they live lives that are void of any lively intellectual pursuit. They are like the walking dead looking for the next physical or emotional high, nothing more.

When a man denies the existence of God he loses something of his true humanity. He cannot see truth before his very eyes. He loses himself and no longer pursues any true good. He pursues only perceived goods. Things that are objectively evil appear good in their eyes, and things that are objectively good seem evil to them. They can no longer look at the human body and determine that human beings are made male and female for a reason. They cannot see the malice in poisoning their bodies to thwart its natural functions. Most people live their lives in contradiction without ever giving a second thought to their actions. Their lives are unexamined lives, superficial to the core. For example, even though the natural food craze and health products bring forth billions a year in sales so that people can live healthier lives, those same people purchasing and promoting these products have no problem poisoning theirs and other people's bodies with contraceptives. They say they love life, and yet encourage young mothers to kill their infants in their wombs!

There is no reason to go to the movies to see a horror flick folks. We are living in a true Hollywood horror classic as we speak. As you sleepwalk through each day, the media and the government takes a little more of humanity away from us. Each day the soul snatchers add more and more to their list of walking dead. Pray that you don't wake up one day agreeing with the vast majority of people around you who think they have created a utopia for themselves! Beware of the liars like our president and all of those in congress, both parties, who want nothing more than to make you one of their walking dead! You may be the brave one to try and get those around you to wake up! If that doesn't work, well..... 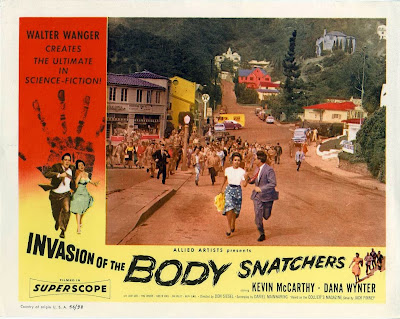 run for your lives! 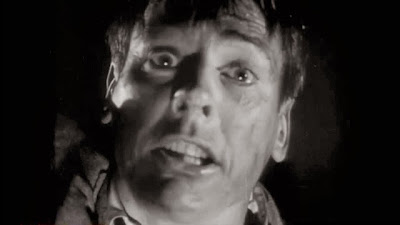 Posted by James Bellisario at 5:07 PM 2 comments: Links to this post

Living The Catholic Faith In An Age Of Apostasy II: Combat

This is the second video in this series which deals with ways we can combat apostasy in the Church.


Posted by James Bellisario at 9:46 PM No comments: Links to this post

Living The Catholic Faith In An Age Of Apostasy

This is a new video in which I give my thoughts on the state of the Church today. I also comment on a couple of the recent statements made by Pope Francis. Feel free to leave any comments. Let me know if you are interested in any specific topics to cover in future videos or blog posts.
Posted by James Bellisario at 11:25 PM No comments: Links to this post


Following up to my previous post on the fantasy the US bishops are living in, Voris' video again emphasizes the point that the Church in the US has not been in the booming springtime the US bishops are claiming it to be in. The numbers in the video are staggering. If we keep our current Vatican II springtime pace we will have no more teaching nuns within the next couple of years! Watch the video. Yes its that bad!

Posted by James Bellisario at 10:16 PM 2 comments: Links to this post