Check out the movie 'Walls of Memory' made in 1964, which celebrates the great Laval Seminary in Quebec City. Just one year later in 1965 the Quiet Revolution would begin, which would eventually put an end to such things. You can see in the film that in 1964 the classrooms were full of young men. Now sadly, the seminary has been converted to an architectural college. There is also a cool movie below this one, which is in French, but it is well worth watching. It depicts how vibrant the convents in Quebec were before the great abandonment of Catholicism after the Second Vatican Council.

Here are some pictures I took of the once upon a time seminary. It is interesting and quite haunting to see in the film how these areas were so full of life back then with seminarians. 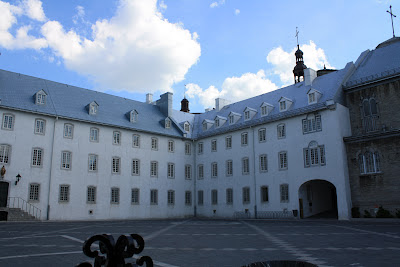 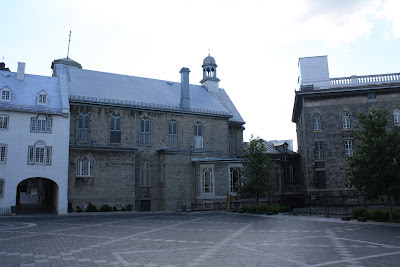 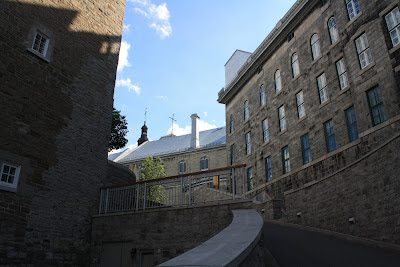 Posted by James Bellisario at 3:09 AM

Email ThisBlogThis!Share to TwitterShare to FacebookShare to Pinterest
Labels: Quebec

Wow. I was born in '57, lived in S. Louisiana, attended a minor seminary. That first video was very much like pre-V2 Catholic life in La. as well as Quebec.