When Protestantism Fails: The Story of Swan and Van Til's Epiphany 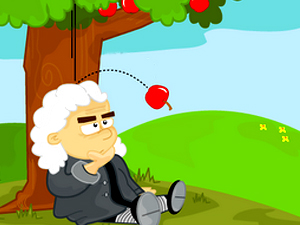 Although I have for sometime moved away from the realm of apologetics, I could not pass this one up. So if you are starving for a polemic apologetics post, here it is. I'm In the mood. I was browsing the net today and I ran across a laughable post by the Protestant James Swan. As usual he is lampooning Catholicism, while at the same time shooting himself in the foot. He quotes a fellow heretic by the name of Cornelius Van Til, whom Swan claims to have been a great preacher of "the whole council of God." What is amusing is that Van Til put himself above anyone who read Sacred Scripture and disagreed with him. Of course this is the Protestant legacy. Find people who agree with your interpretation of Scripture, join them and form your own Church. What is more amusing is that Van Til ignorantly put himself above the very Scriptures themselves, or at least on the same pedestal. Get a load of this quote that Swan cut and pasted from Van Til. 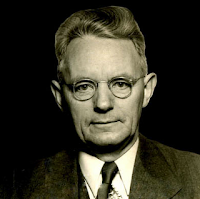 "It is but natural to expect that, if the church is strong because its ministry understands and preaches the whole counsel of God, then the church will be able to protect itself best against false teaching of every sort. Non-indoctrinated Christians will easily fall prey to the peddlers of Russellism, spiritualism and all of the other fifty-seven varieties of heresies with which our country abounds. One-text Christians simply have no weapons of defense against these people. They may be able to quote many Scripture texts which speak, for instance, of eternal punishment, but the Russellite will be able to quote texts which, by the sound of them and taken individually, seem to teach annihilation. The net result is, at best, a loss of spiritual power because of loss of conviction. Many times, such one-text Christians themselves fall prey to the seducers voice."

What Van Til really says is that those who quote the Scriptures in any way that disagrees with his interpretation, is in error.  Indoctrination means that you let Van Til brainwash you with his interpretation of the Scriptures. Yet, who is to say that Van Til is interpreting the Scriptures correctly? You guessed it, Van Til, and those who agree with Van Till. So the claim that Van Til is making, is almost the same claim that the Catholic Church is making, yet, are we to believe one man and a few charlatans that agree with him, or the entire Church which has passed along the proper interpretation since Christ Himself established it? Those with a half a brain will choose the later.

Swan then asks a silly question as if he has just had an apple fall on his head! He has discovered gravity! Is he the new Newton of his religion? Well no, he has exposed his religion for the sham that it really is, all the while thinking he has had some brilliant epiphany. Eureka!

"Of course, I had the converts to Roman Catholicism in mind, rather than Russellites. I wonder how many of these Catholic converts actually attended churches that proclaimed the whole council of God? A question I would ask is how many Catholic converts previously went to churches with strong systematic confessions of faith, like the Westminster Confession, and how often were they taught the confession, like in a Sunday School class, and how well did their minister cover all the doctrines in the confession of faith? I would expect some rather weak answers."

Well James, the whole council of God is His Word, both written and oral, which resides in the one Church that Jesus gave us, which are all infallible. The whole council of God comes from God, not men. The Catholic Church is the inventor of the confession of faith, and is not an imposter like those who wrote the Westminster Confession well over 1500 years after the one true Church was established, and had already given us the confession of faith. Yes we have Sunday school class and catechism too! Swan is surely hellbent on pushing "systematic theology", yet again this proves that the Scriptures are not enough for Swan, or for Van Til. In order for Van Til's "systematic theology" to be of any use, it must have a God given authority behind it. If it is God given, then it is absolute. If it is absolute authority, then it cannot err. Thus we have man vs God's Church. Is Van Til now infallible? Is his "systematic theology" infallible? Of course Swan would have to answer no, it is not. If he says that it is not, that means that Van Til's systematic theology can contain error. If it can err then it can err on any number of doctrines, the same as the Russellites. If Swan says Van Til's systematic theology is infallible, then he has put Van Til above God's written word, or at least on equal footing with it. No more Sola Scriptura. Ouch, that apple must have left a huge bruise! Big bruises however do not mean great ideas, and band aids don't heal the crooked, half-witted theology that result from bad ideas.

As Catholics we do not have this problem. No, we have the infallible Scriptures, contained within the living breathing infallible Church, which gave birth to them, guided as a whole by Jesus Christ, the Holy Spirit, and God the Father, three persons, one God, infallible! So much for the Van Till example. Are you going to trust Jesus and His Church or are you going to gamble on Van Till's "systematic theology" which obviously contains error? We can thank Swan for making it easy for us in proving that the man made "systematic theology" he follows is nothing more than foul rubbish spewing from the mouth of a twisted arrogant mountebank. Pray for those who are seduced by these foolish man made theological systems of heresy. Van Till calling the Russellites heretics is like the pot calling the kettle black. Fallible means fallible. Fallibility means error is present in their doctrine. Error in doctrine is not a product of God. Therefore Van Til is not from God, his interpretation of Scripture is not from God, nor is his authority from God. 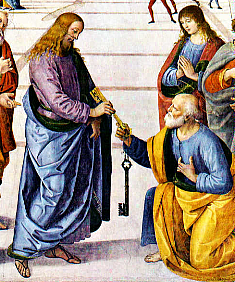 Posted by James Bellisario at 10:02 PM

"What Van Til really says is that those who quote the Scriptures in any way that disagrees with his interpretation, is in error. "

Actually, you're missing something more fundamental. Van Til would not justify his interpretation this way. He's Presbyterian after all and Presbyterians interpret scripture within the Presbyterian Church (or at least they should). He'd also likely argue that Russelites preach something that no Protestant before him has ever preached.

Hi Matt, I saw Mr. Swan's article over on his blog and hesitated in pointing out the obvious flaw that people do not convert to Catholicism because they were not adequately indoctrinated, it is because those who convert, as G. K. Chesterton puts it, that in their quest for truth when they examine the Catholic Church "it will generally be found that it is true, not only to truth, but even to [the convert's] deepest instinct for truth." G. K. Chesterton, The Catholic Church and Conversion.

The fact of the matter is that Protestantism, with its over-emphasis on systemic theology-what is written in a book as opposed to what is being written on our hearts-and their neglect of moral theology, sacramental theology, Christian anthropology, spirituality, living in a community of faith, etc. (all things touching upon the human response to God's loving call to enter into "communio" with Him) ignore the most important aspect of conversion-the role of faith and the operation of the Holy Spirit in those who answer God's call.